How about using JAMANER-e to install a Japanese-made used computerized disel engine? 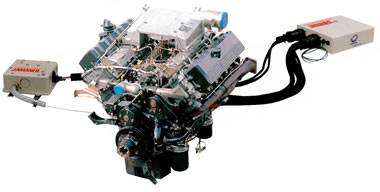 A new product for the global environment of the future.

The use of second-hand computerized engines controlled by JAMANER-e reduces nitrogen oxide emissions,and contributes to protection of global environment.

*1)Specifications and appearance are subject to change without notice.
*2)It is not intended to guarantee the starting of all computerized diesel engines.

Member of Enterprise certified by the Japanese Ministry of Economy,Trade and Industry